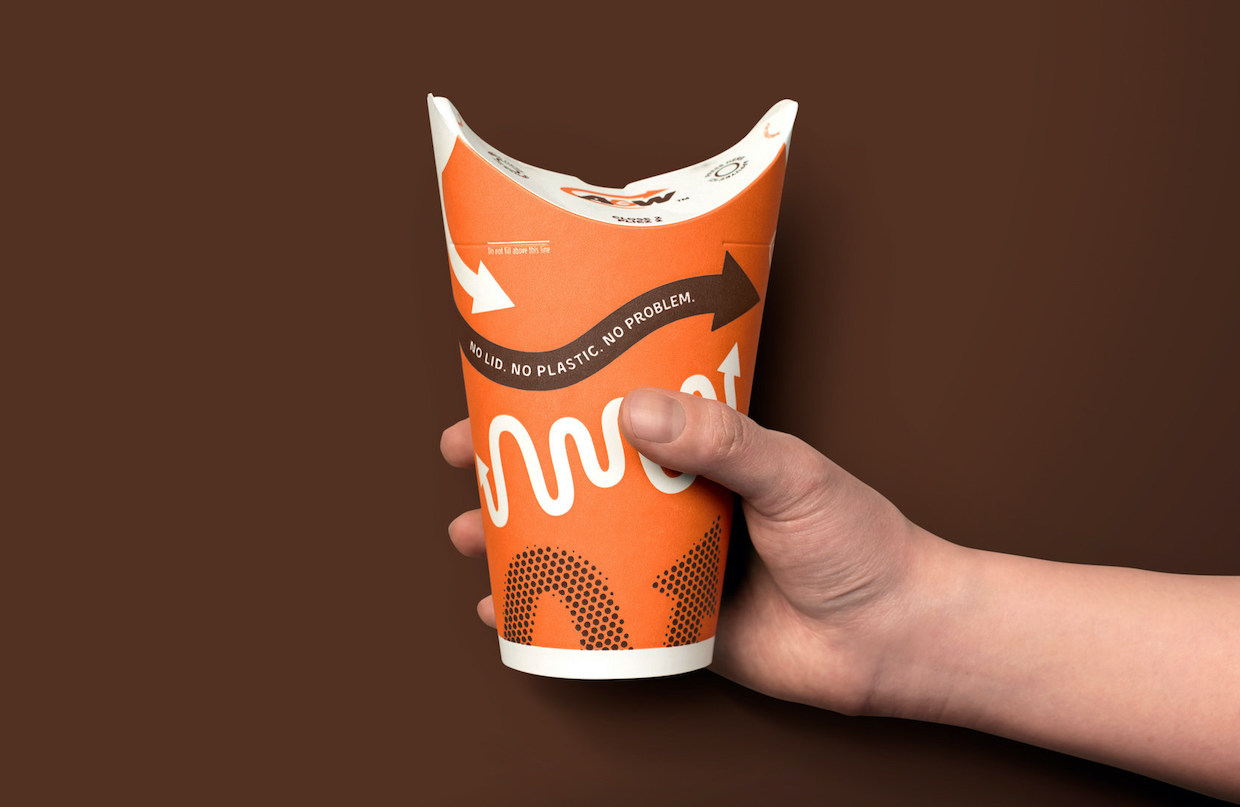 A&W Canada has become the first large chain to pilot the Zero Cup, a lidless one-piece coffee cup designed to be compostable and recyclable.

The domestically owned affiliate of the United States-based fast food chain is rolling out the A&W-branded Zero Cup at 14 participating locations throughout the Toronto area.

The Zero Cup, a design of the UK-based company ButterflyCup, is a paper cup with a water-based plastic lining for leak prevention, as opposed to a petroleum-based plastic lining as is found on most commercially available takeaway coffee cups. It is designed to be used with hot or cold drinks, and with no separate lid or straw.

The company claims the cup degrades at approximately the same rate as household consumer paper. In the UK, the cups boast the recycling code 21, used for “mixed paper.”

In an announcement of the pilot, A&W described the cup as both “strange-looking” and “weird-looking” while simultaneously extolling its potential environmental benefits.

Of course, the production of any single-use packaged product is an inherently unsustainable act, but A&W Canada said the pilot is part of the company’s larger mission towards corporate sustainability.

“Our new Zero Cup is an exciting step in our journey to reach zero waste,” said A&W Canada President Susan Senecal. “Part of achieving that mission is pioneering the innovations that people need to live more sustainable lives. This new cup is one small way Canadians can take small, simple actions, one day at a time.”

The ButterflyCup, which has been marketed to the coffee industry since at least 2017, involves the use of BioPBS (bio-based polybutylene succinate), a proprietary biodegradable plastic material developed by Mitsubishi Chemical.

The ButterflyCup emerged around the same time as a U.S. counterpart, the Unocup,  which raised more than $30,000 in a crowdfunding campaign that concluded in December of 2019. In messages to backers, that company has said it has experienced numerous production delays.