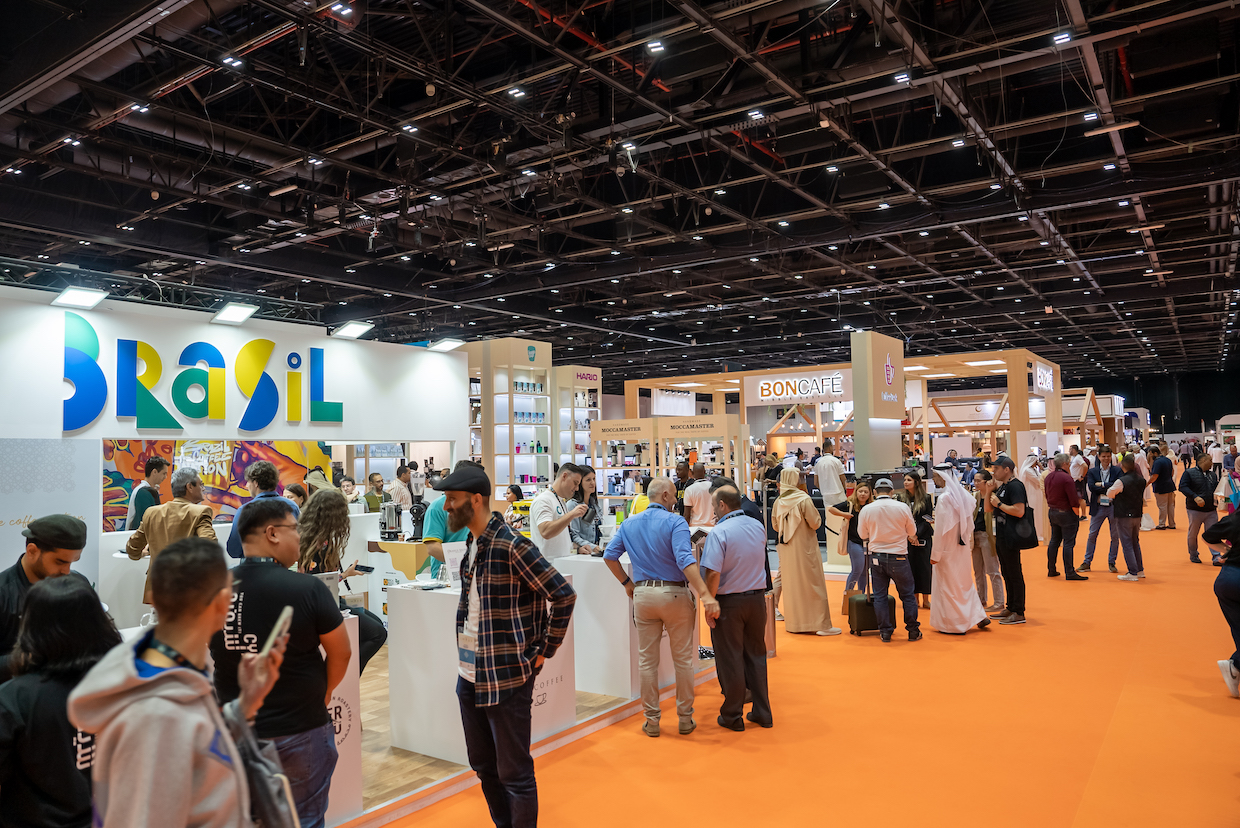 More than 12,000 people from 48 countries visited the World of Coffee Dubai last week at the Dubai World Trade Center, making the event comparable in size to its sibling events the Specialty Coffee Expo (United States) and World of Coffee (Europe). Along with more than 180 companies exhibiting, the event led by the Specialty Coffee Association and DXB Live included cuppings, workshops and education sessions.

The first pourover ever designed and manufactured in the Arab world was introduced at the World of Coffee Dubai. The Q-Dripper from the startup Q Lab (not affiliated with the Q Grader program) will be made with 3D printing technology. It was designed and produced by INDEX Design. A ceramic version of the pourover will also be developed with regional ceramic studios.

Barista support organization Getchusomegear (Instagram) has launched a round of merchandise designed to help three baristas whose shops closed for an extended period of time over the holidays. Available for a limited time on Bonfire, The “Getchu Some Rent” line includes cropped tees, football jersey tees and pullover hoodies and sweatshirts.

Green coffee company Mercanta has announced two new hires. Magdalena Hrovat is the new account manager for Mercanta EU in Berlin. She has been in the coffee industry for 10 years, including helping at her parents’ roastery in Austria. Diego Rodriguez is the new account manager for Mercanta Middle East in Dubai. Rodriguez began his coffee career as an intern for the Colombian National Federation of Coffee Growers.

Researchers at University of California, Davis, and University of Alabama are looking into some solutions for caffeine pollution. UC Davis explains that caffeine from beverages and supplements can affect water quality and marine life when it enters our waterways, but research is finding that bacteria may be able to reduce the contamination by detecting and breaking down caffeine.

GHGBS Hosts Q&A with Bentwood Grinders Founder Ahead of Competitions

GH Grinding & Brewing Solutions (GHGBS) is publishing a Q&A on YouTube with the founder of Bentwood grinders. Taking place Tuesday, Jan. 24, the video event will include live chat and Q&A opportunities with Bentwood and GHGBS representatives regarding the grinder. Bentwood grinders will be on the competition stages of the US Brewers Cup and Barista Championships this year.

California-born coffee chain Peet’s Coffee has expanded to the Middle East, opening a flagship coffee bar at the Dubai Mall. The coffee bar features experiences for customers like tasting flights and a regional dessert menu. The move is part of a partnership between Peet’s Coffee and Americana Restaurants, a restaurant operator in the Middle East and North Africa. The expansion comes as some Peet’s workers in the U.S. push to unionize.

Specialty coffee roasting and retail startup Blue Tokai of India has raised $30 million in a recent funding round, according to the Economic Times (paywall). The company began in 2013 and now has several roasteries in India. 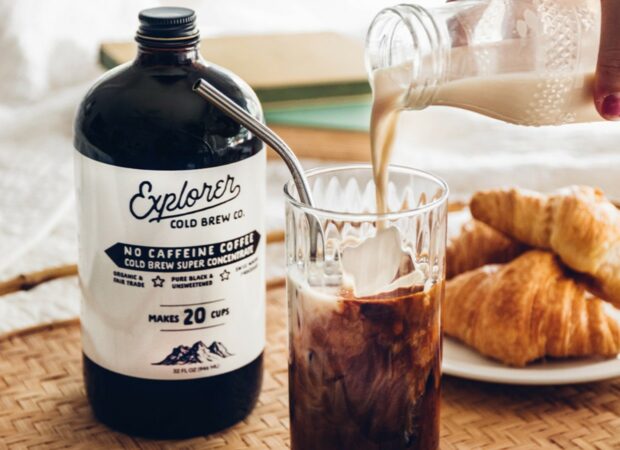 Quality Coffee Flows in Florida at the Pumphouse Pouratorium

Nearly a quarter century since its founding, the Brazil Cup of Excellence (CoE) green coffee competition in 2022 has resulted in nearly a quarter million dollars (USD) for producers of 24 high-scoring microlots of specialty coffee… Read more

Filter Stories Podcast Digs Deep Into The Science of Coffee

The Color of Coffee Collective is reprising its Symposium Experience this March in Houston. The event will follow last year’s inaugural COCC Symposium Experience, which brought together hundreds of guests and vendors for seminars, tours, professional development and networking… Read more